From Mandalay we planned to go to Bagan. Thanks to Indian lady from hotel we and two other travelers took a local city pick-up to go to bus station, Instead pay $ 5-7 for taxi we paid 300 kiat per person. On bus stand we found only one bus going to Bagan. 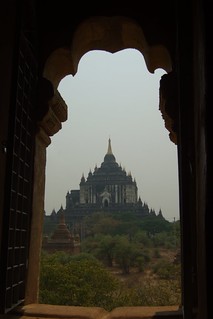 In Bagan we chose in New Park guest house where we rent a room for 10 dollars with breakfast. Actually it was not a room, but a bungalow with nice porches.

Bagan is a ancient capital of Burmese empire, and famous around the world for it`s 4000 temples 3-13 centuries A.D.

The area with temples and nobody can tell you how Bagan is big. Temples and pagodas are everywhere. We spent there about 6 days cycling around the temples and we could not see all of them. 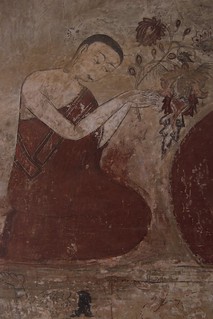 Exploring the temples by bicycle was very fun and interesting. The temples of Angkor Wat still the most monumental temples, but Bagan archaeological site has something special too. Ancient painting inside the temples are still possible to view, some of them has been restored, but some not.

The other good thing about Bagan temples, that they are too crowded, so it give you a chance to enjoy this relics with pleasure. 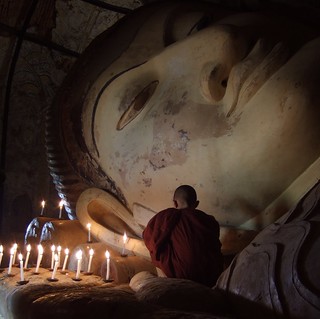