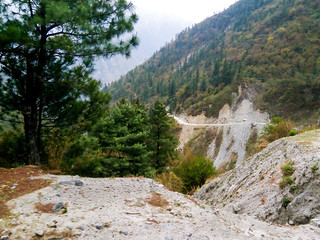 As our backs kept the memory of a super bumpy ride of the previous day, we truly hoped that the road will become better. It did for a bit, there were no rivers to cross that day, but still a lot of rocks and boulders.

We’ve started late, planning to drive only to Lete or Kalopani, which is just 25 km from Tatopani. The ride was a little less then 2 hours. 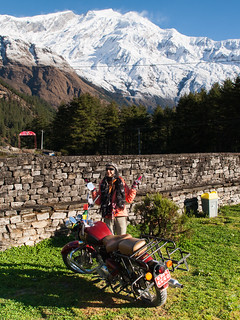 As we were arriving to Kalopani a rain started and continued the rest of day and all night. It was a pity, as we planned to do a small trek nearby and had plans to spend one more day for a 13 km circuit trek.

We chose Kalopani lodge for the night and were quite happy. It has a comfy and stylish lobby with coffee shop serving Illy coffee (in Nepal, 2500 m above sea level), newly built rooms with lots of electric sockets and free wi fi in the lobby, though electricity is not stable as everywhere else in Nepal. 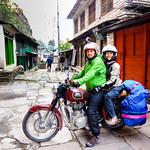 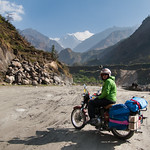 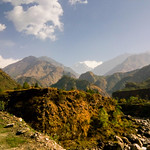 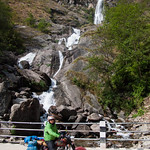 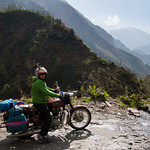 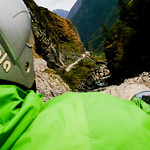 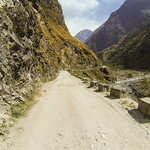 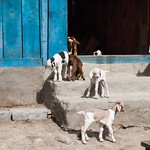 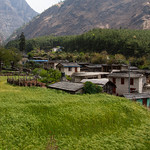 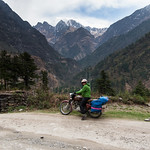 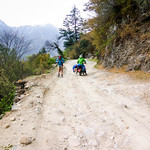 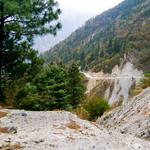